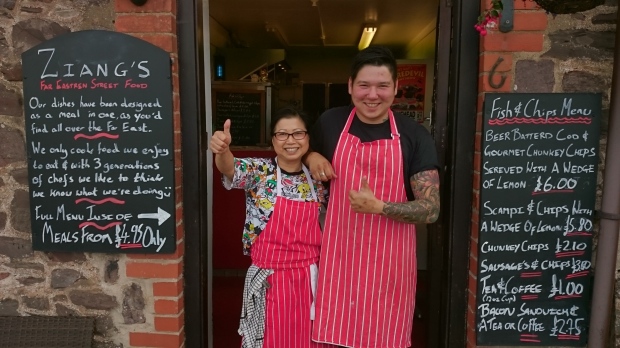 Pretty picturesque Porlock Weir is not really where you expect to find a takeaway & restaurant full of Eastern promise, but walk far enough down to the quaint old harbour there, and that’s exactly what you will get. Ziang’s Far Eastern Street Food has to be about the most surprising find yet I have discovered on Exmoor.

Run by Michael Taylor and his mother Choo, the family hail originally from Brunei in South East Asia. They actually serve good old fish and chips (well we are beside the seaside aren’t we?), but their piece de resistance is their brand of Far Eastern Street Food. The tasty dishes on offer draw their influence from Brunei itself, Thailand, Malaysia, Indonesia and beyond.

As you scan the chalk board menu hung up next to the doorway you begin to understand their modus operandi, which is basically a complete meal in a bowl. Well, it certainly is that, and I can also say that after surveying what was delivered to our table, it is also great value for money!

This same menu board also declares rather cheekily at the bottom, ‘…we like to think we know what we’re doing.’ After trying what was on offer, I can definitely vouch for that. In fact, my daughter Becky who was my accomplice for the day, stated that this was was the quietest I had been all day (I was obviously enjoying my food far too much to be engaging in idle chit-chat).

So, what to go for from such interesting and downright appetising choices on offer…? Eventually I opted for the Duck Rice which came with a fried egg on top, although at this point I stumbled a little. A fried egg on top? Michael immediately detected the incredulous and mystified expression on my face and reassured me that this is how it is done in the far East – forget your standard egg fried rice from your local Chinese, a fried egg placed on top is how it comes if you want it authentic.

Incidentally, Michael says that he eats Duck Rice everyday, so I guess it must be good. Becky opted for the equally tempting Roast Pork Chow Mein. My dear, late step-mother always used to say, ‘The proof of the pudding is in the eating.’ Well mother, you were right. As soon as I tucked in, my mouth was hit with a glorious flavour explosion that my taste buds are not likely to forget any time soon.

Now I could fish around for all kinds of Superlatives to describe the aforementioned dish but let me just say simply this: it was delicious. Lots of juicy, tasty duck meat, mouth-watering stir-fried vegetables on a bed of perfectly cooked white rice. And to complement the whole dish, a fried egg on top – of course.

Seating? Well that’s an interesting one because there isn’t a lot. There’s room for 2 or 3 inside, or there’s some comfortable seating and a table right outside the doorway. Alternatively, there are a couple of benches just across the way right by the ancient harbourside, that is part and parcel of Porlock Weir.

This was actually a great experience; enjoying far eastern delights and a fine summer evening on the ruggedly beautiful Exmoor coast – what could be better?? The many and varied elements that evening, including the lovely warm welcome from Michael & his mother, were a combination that was truly hard to beat.

One thought on “The Far East comes to West Somerset…” 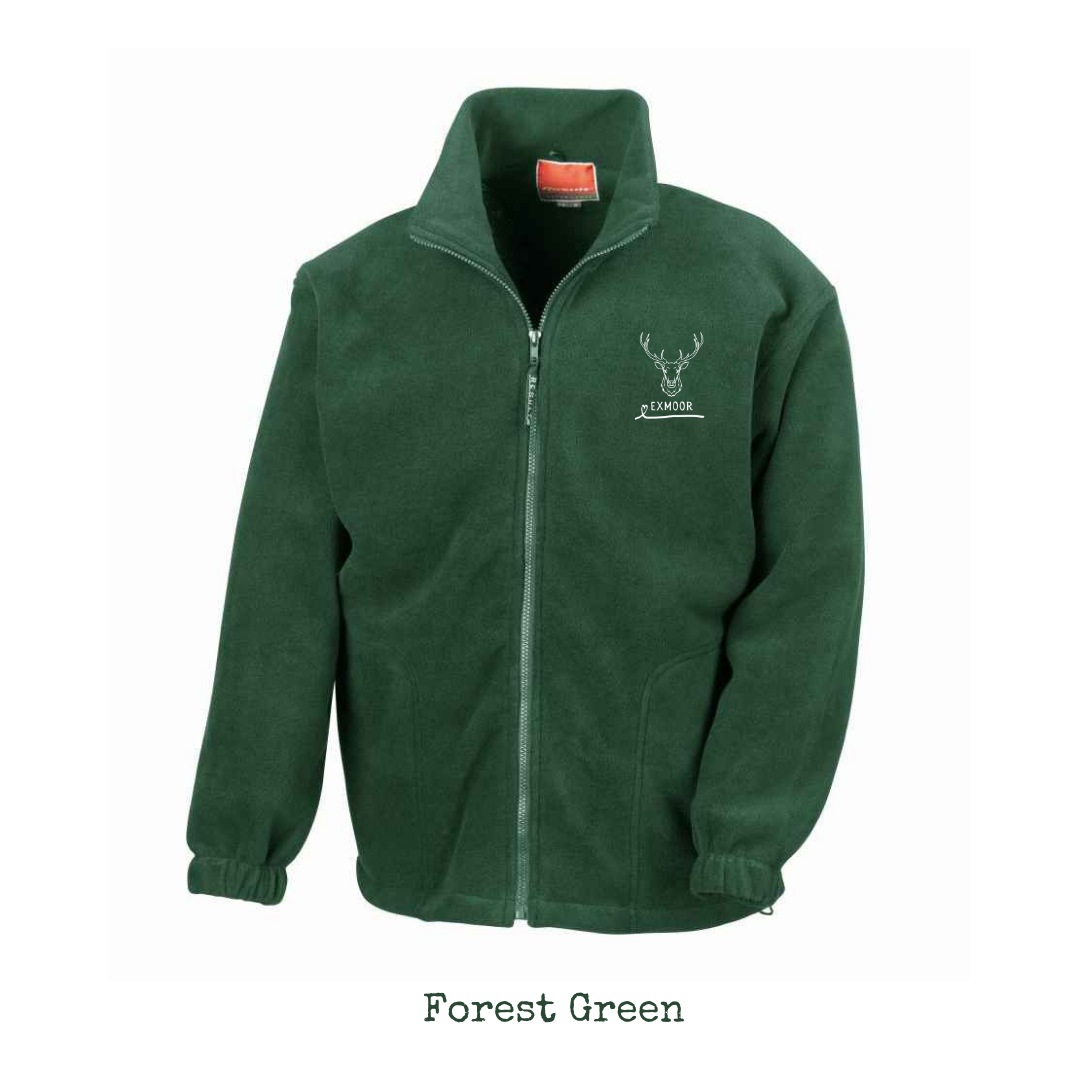